One of the pleasures of living in DC is the ability to semi-randomly saunter over to oral arguments of interest being held at the US Supreme Court, and I did so on Monday in the “cheerleader case” of Star Athletica v. Varsity Brands.  The case concerned a suit by the market leader in cheerleader uniforms (Varsity) against a comparatively recent competitor that offered identical uniforms to those created by Varsity’s custom uniform tool on its website.  The District Court granted summary judgment to Star, holding that the cheerleader uniforms were useful articles and thus not eligible for copyright protection.  The Circuit Court reversed, and the Supreme Court granted certiorari.  It was hoped that the Supreme Court would offer guidance as to which of the multitude of tests for determining whether a work is a useful article was appropriate, but the transcript of Monday’s argument shows that the question of which test is appropriate never really came up.  The members of the Court were engaged with the discussion throughout, but their focus was more on the broader questions raised by granting copyright protection to garments for the lengthy term copyright offers.

Of course, the Star Athletica case is the first time the Supreme Court has addressed the useful articles doctrine since its 1954 decision in Mazer v. Stein, which held a sculpture that was primarily used as a lamp base copyrightable.  The Mazer decision is a staple of law school classes on copyright, but up until now it was assumed that no transcript of the oral argument had survived.  The Supreme Court began audio recording oral arguments in October of 1955, and transcripts of cases before that date are rare, and are generally focused on constitutional cases.1  However, the transcript (PDF, 7 MB) of oral argument from Mazer v. Stein was recently unearthed, and it is a fascinating document.  It shows a Court wrestling with some of the same concerns of duration that the Court wrestled with yesterday, as well as engaging in substantial discussion of the relationship of copyright law to design patents.

The argument in Mazer also featured testimony directly from the Copyright Office, including substantial discussion of historical practices of the copyright office regarding the registration of artwork.  There was also a lengthy demonstration and discussion of the “curved ballet dancer” figurine (shown below), one of the six statutes/lamp bases at issue in that case, discussing how it was made. 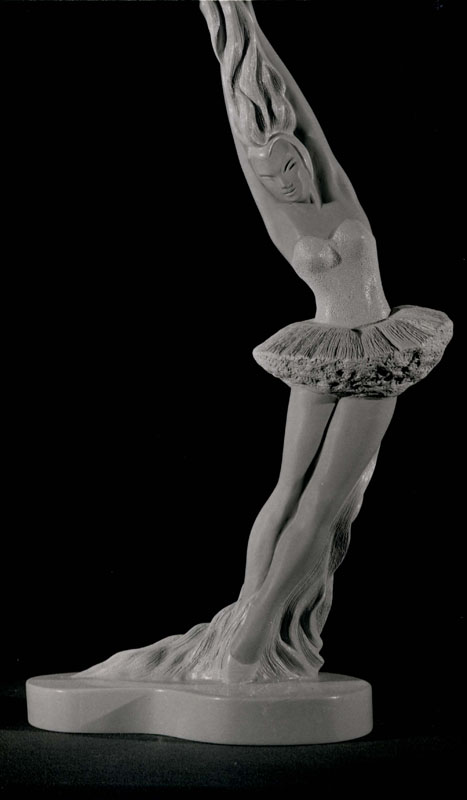 Also of some interest is the trial transcript from the Mazer case (PDF, 3 MB), which in addition to discussion of some of the same issues that came before the Supreme Court, includes some fascinating background on the case, including reference to the Commercial Supply Co. of Chicago funding the defense of the case.