This post brings together two separate but related topics – a relatively unknown resource about the Supreme Court, and light it shines on what I think were the main schools of thought on copyright in the late nineteenth century.  Read on for more, including original scans of archival material.

Morrison Remick Waite (November 29, 1816 – 1888) was Chief Justice of the United States from 1874 to his death on March 23, 1888.  The US Supreme Court was at peak overload of its docket at the time, with the hundreds of cases per term leading to a four-year wait before cases were heard, something only exacerbated by the time spend by the Justices as trial judges riding circuit.  After Chief Justice Waite died, reportedly of overwork, his meticulous records would find their way to the Manuscript Division of the Library of Congress,  Among these records were his docket books, which record every Justice’s vote at conference, after hearing and considering the arguments made in a case.

I was particularly interested in the way the Justices voted in the major copyright cases of the day, and I found a few surprises.  I’ve included scans of the relevant pages before (click here to scroll down to them), often showing more dissension than the official reports reflect (all decisions were unanimous in the reports).  The cases I looked at are

As can be seen from the published decisions, no dissent was recorded in the published opinion.  But at the initial conference, held shortly after the oral argument to vote on the outcome of the case, things were not so unanimous.1  Justice Clifford would have voted in a contrary manner in both the Trade-Mark Cases and in Baker v. Selden, while Justice Harlan would have voted in a contrary manner in Baker v. Selden and in Burrow-Giles v. Sarony.  Perris v. Hexamer was unanimous at conference, but for some reason Justice Clifford was unable to produce an opinion, and instead the Chief Justice had to produce the brief opinion that was published in that case.

Regarding Justice Clifford, the views in both cases seem to point to a liberal construction of the meaning of authorship and the Constitution’s copyright clause.  It is of course possible that the reasons are different, but the rulings in both cases concerned the scope of what copyright can and cannot protect under the Constitution, and the common ground of both decisions is a conservative view of that power.

Interestingly, Justice Harlan joined Justice Clifford in how he would have held in Baker v. Selden, but would have dissented in Burrow-Giles v. Sarony, and held that photographs cannot be protected by copyright under the Constitution.

Some have argued that these decisions where no dissent is recorded represent vote changes, but I believe it is much more likely that they simply represent silent acquiescence with the result of the vote at conference.  Scholars have noted that silent acquiescence continues to be common for the Supreme Court, especially in cases that are considered less critical, and it was surely even more common in the 1870s and 1880s, where judicial resources were stretched extremely thin.

I think that these vote counts provide a more nuanced portrait of what I would consider the three views of the scope of copyright in the late 19th century.  In Justice Harlan’s disagreement that a photograph of Oscar Wilde is protectible by copyright under the Constitution, one can almost hear his dissent from a decision decades later, Bleistein v. Donaldson Lithographing Company, 188 U.S. 239 (1903):

The clause of the Constitution giving Congress power to promote the progress of science and useful arts, by securing for limited terms to authors and inventors the exclusive right to their respective works and discoveries, does not, as I think, embrace a mere advertisement of a circus.

In contrast, in Justice Clifford’s liberal view of copyright clause of the Constitution, one can hear echoes of the views of Justice Holmes in the majority in Bleistein (indeed, both Justices represented the 1st Circuit and held the same seat on the Court):

Personality always contains something unique. It expresses its singularity even in handwriting, and a very modest grade of art has in it something irreducible, which is one man’s alone. That something he may copyright unless there is a restriction in the words of the act.

However, neither view of Copyright dominated at the time.  Instead, the dominant voice on copyright in the late 19th century was Justice Miller, in the majority in all of these cases, who said in two contrasting opinions (the Trade-Mark Cases and Burrow-Giles v. Sarony)

[W]hile the word writings may be liberally construed…it is only such as are original, and are founded in the creative powers of the mind. The writings which are to be protected are the fruits of intellectual labor, embodied in the form of books, prints, engravings, and the like.

[N]o one would now claim that the word “writing” in this clause of the Constitution, though the only word used as to subjects in regard to which authors are to be secured, is limited to the actual script of the author, and excludes books and all other printed matter. By writings in that clause is meant the literary productions of those authors, and Congress very properly has declared these to include all forms of writing, printing, engravings, etchings, etc., by which the ideas in the mind of the author are given visible expression.

In other words, copyright was seen as protecting works of creativity, regardless of medium, but excluding works like simple trademarks (in the Trade-Mark Cases one of the relevant marks was a whisky bottle with the wording “O.K.” on its label. 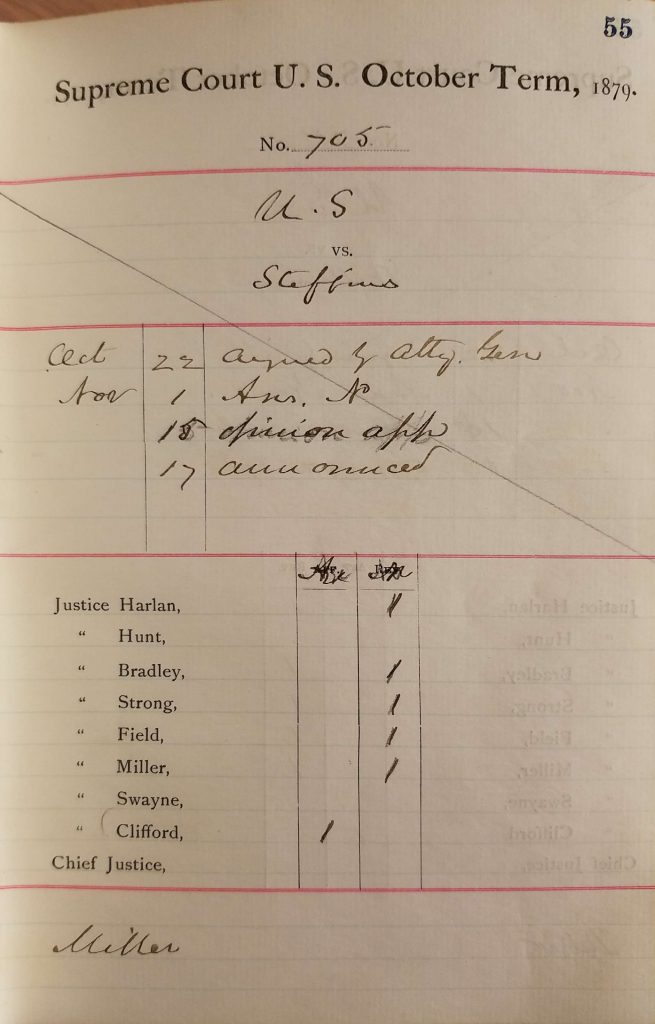 US v. Steffens, one of the three cases that make up the Trade-Mark Cases 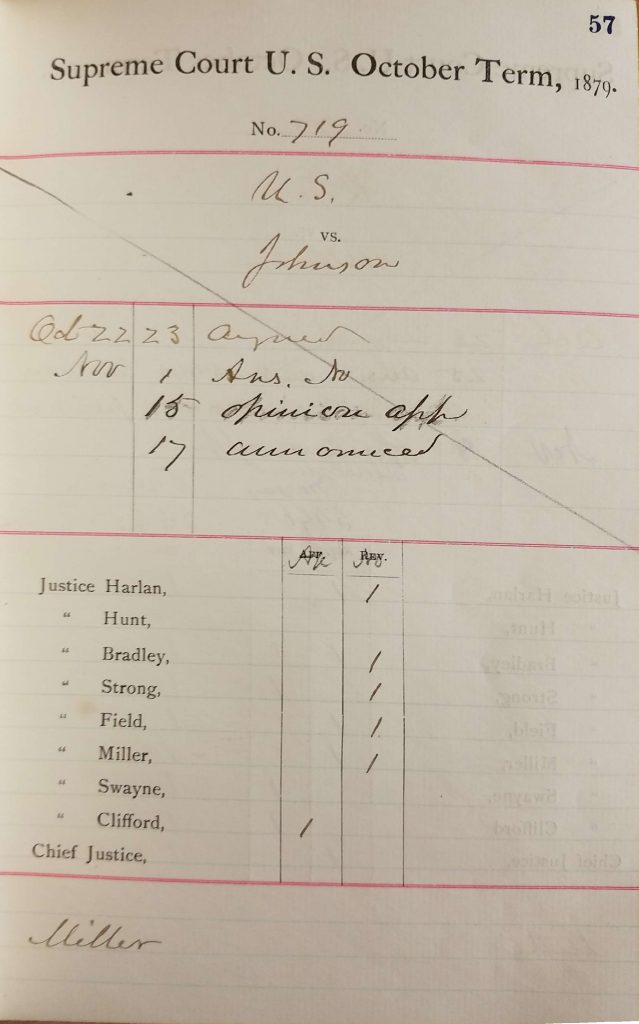 US v. Johnson, , one of the three cases that make up the Trade-Mark Cases 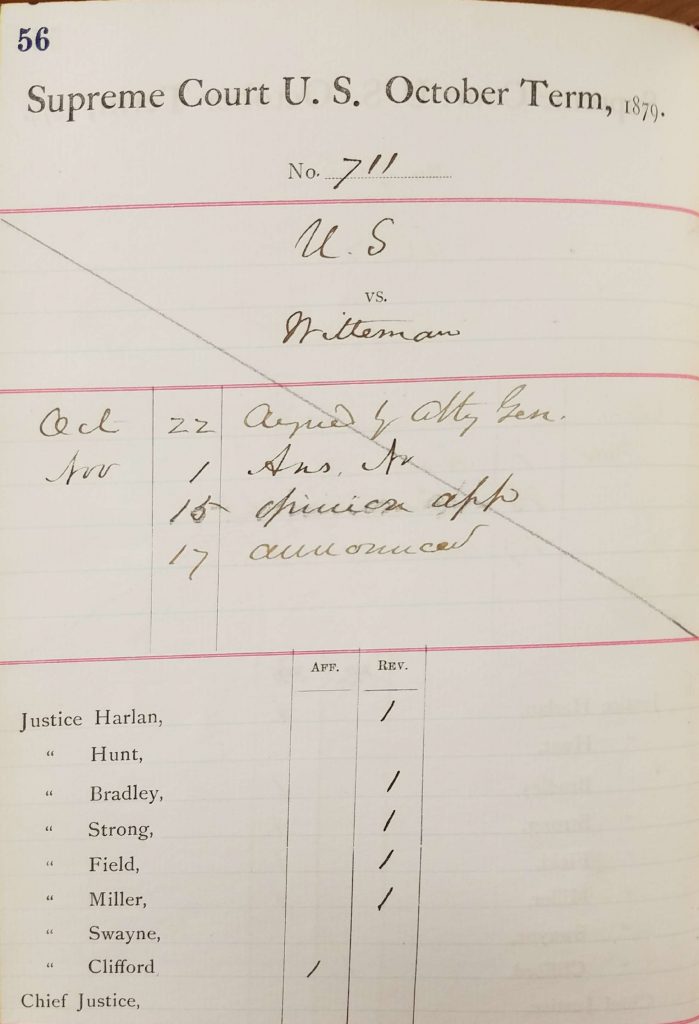 US v. Witteman, one of the three cases that make up the Trade-Mark Cases 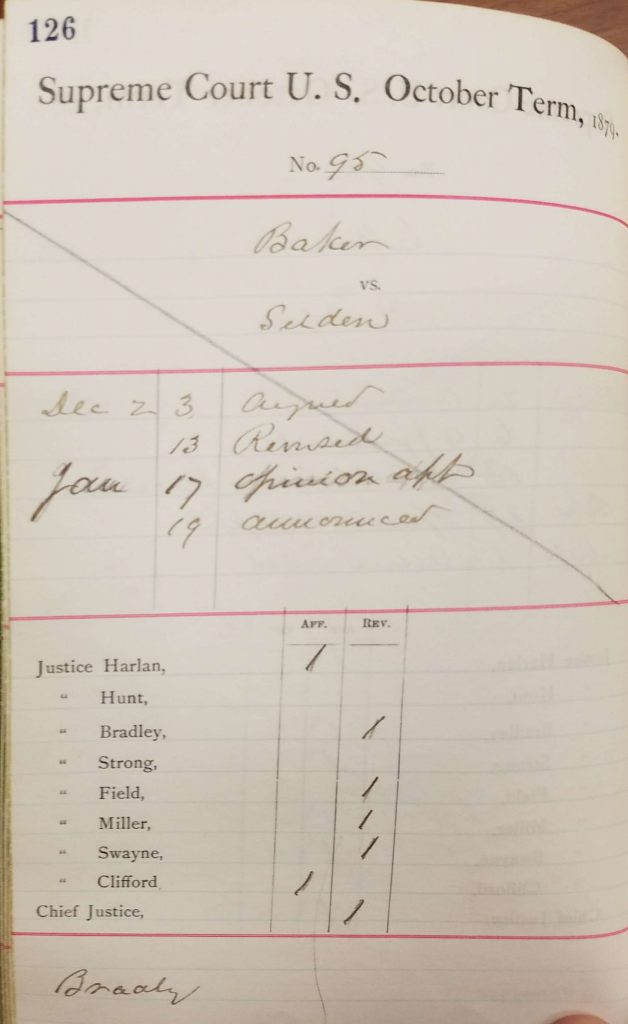 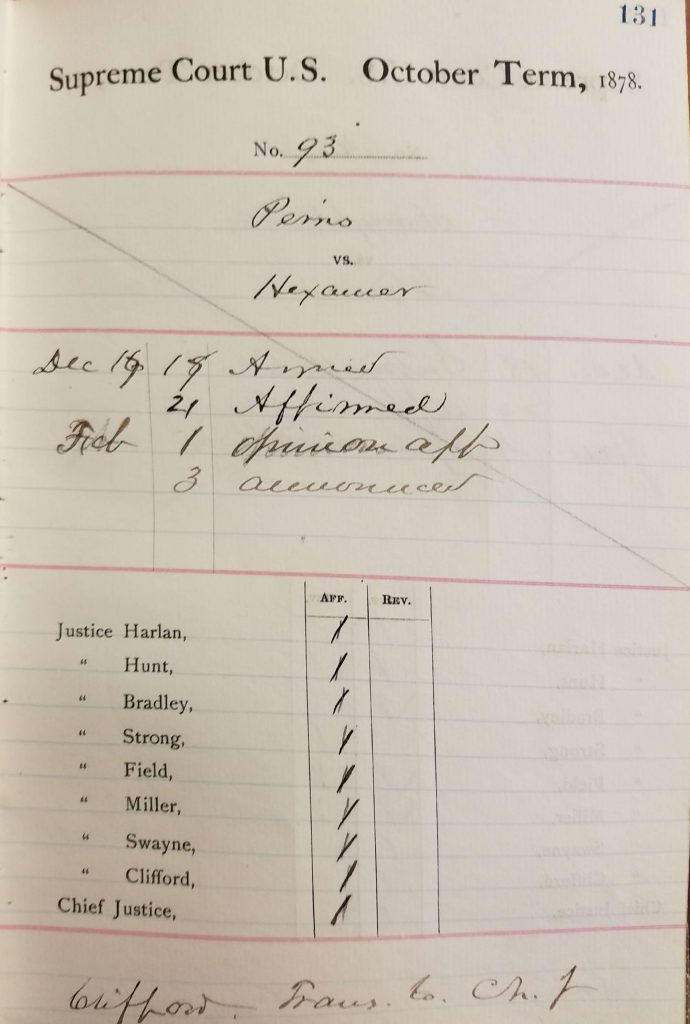 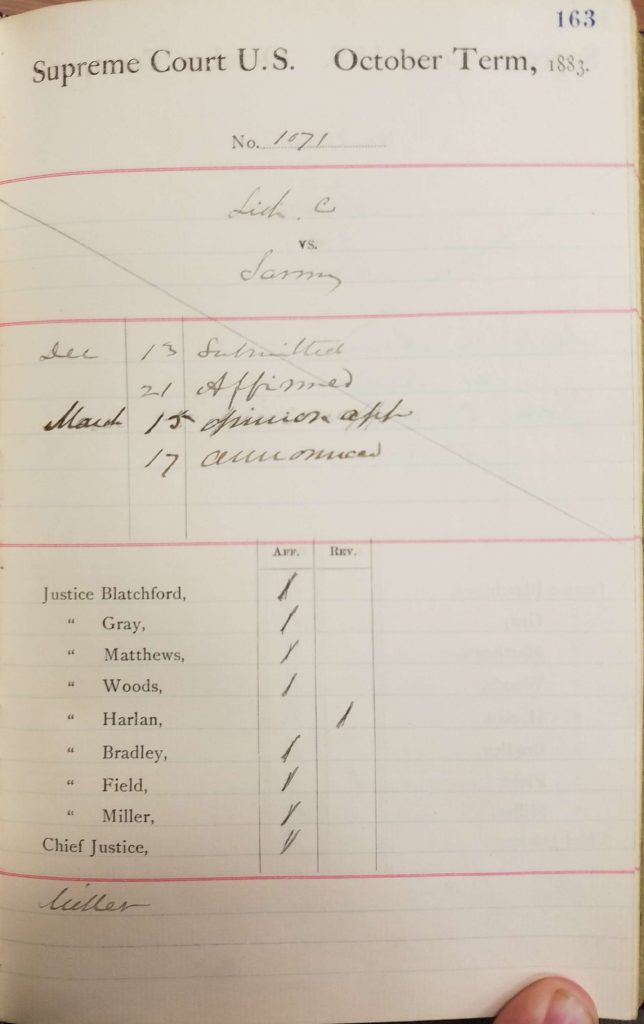