I’ve posted about the oral argument heard before the Supreme Court in the Star Athletica case, and the Supreme Court has since posted the audio of the argument.  Apropos of that, I wanted to share something I found in the 1790-1845 Copyright Record Book for New Jersey.

Before 1870, the individual District Courts registered copyrights on behalf of residents of their respective Districts.  Most of the records made it to Washington, DC when copyright was centralized there in 1870, but a fair number did not.  The records for before 1845 in New Jersey were considered lost for decades until Joseph Felcone transcribed them.  The original that he used to create his transcription is now in the National Archives Regional Division in New York City, and I digitized that volume today as part of a larger project that I’ll be talking about much more in the coming weeks and months.

In the copyright record book was a complete copy of a pamphlet from 1845, entitled Index of Fashion for Fall A.D. 1845 (PDF, 592kb).  The volume contains some prefatory information, but it is largely patterns for garments and instructions on how to make them.  It does not appear that any issue was seen with the copyright registration of this document,1 and indeed a similar volume had been deposited earlier that year: 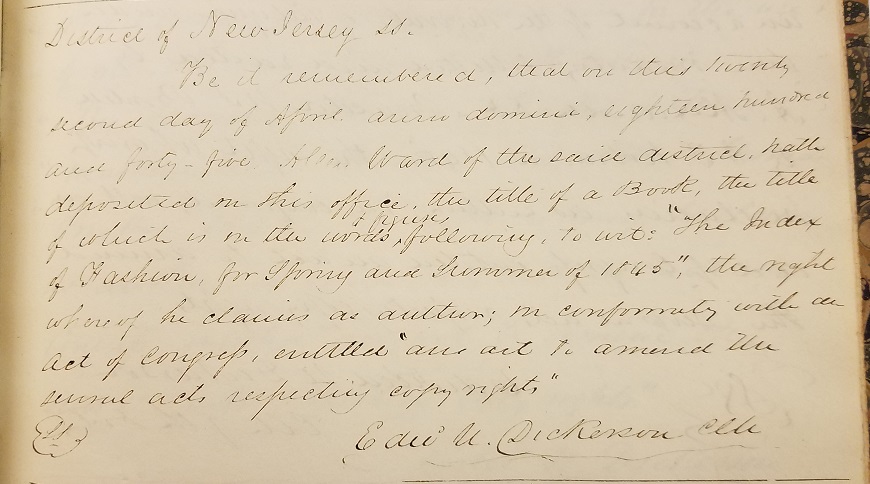